The world’s most popular anime series 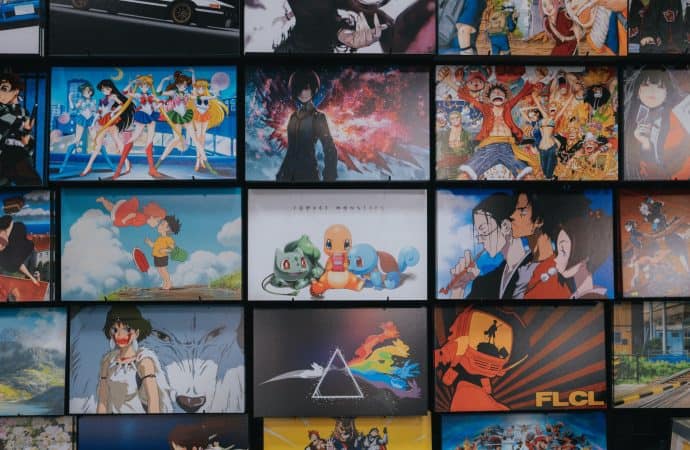 Chinese fairy tales? No, Japanese anime you’ve probably heard of, too! Check out these titles, perhaps you’ll find something to (re)watch?

Although in Japan itself the term anime is used to describe all animated films, around the world the word is associated only with distinctive animations from the Land of the Cherry Blossom. Many of these series have gained enormous popularity and crowds of fans on all continents, as well as cult status. Here are 7 such productions.

A series that needs no introduction to anyone. Over the years the world of pocket monsters has grown considerably, but the oldest fans of the series remember very well the first adventures of Ash and his friends.

Sailor Moon/The Sorceress of the Moon

The story is about a teenage girl whose life is turned upside down when she discovers that her destiny is to become one of the planetary guardians and protect the earth. The anime combines comedy, romance, science fiction and a great soundtrack. Although at first glance the plot seems childish, in reality the series touches on many universal and timeless issues, such as sexuality, violence and human relationships.

A series that millions of anime fans have grown up on. The plot is not deep, as it mainly revolves around the warrior Goku and his friends, who face increasingly powerful enemies that threaten the earth. However, the series more than makes up for its lack of plot with humor, quirky characters and amazing action, as well as fights that last up to a dozen episodes.

Attack of the Titans (Shingeki no Kyojin)

One of the most popular anime series, being an adaptation of the award-winning manga of the same name. It takes us to a world where humanity is on the verge of extinction. Terrifying, huge creatures called titans have forced people to live behind giant walls for 100 years. Their peace of mind is shattered by the destruction of the outer wall, beginning a difficult struggle for survival. The series is full of epic action scenes, an interesting storyline filled with symbolism, and excellent music.

The main protagonist of the series is Light Yagami, who gains the power to kill anyone whose name he writes down in it with the Death Note. The boy, under the pseudonym Kira, uses the notebook to kill criminals. The police recognize him as a murderer and begin an investigation that involves an eccentric detective – L. He and Light begin an intellectual clash in which their lives are at stake. The plot tells a unique and engaging story, holding the viewer in suspense until the very end. It also forces you to think more deeply about the concept of justice.

The plot tells the story of two alchemist brothers, Edward and Alphonse, who are trying to find the philosopher’s stone in order to recover the bodies lost as a result of a failed alchemical transmutation. The closer they get to uncovering the mystery, the more they realize that they have become entangled in a much darker affair. In the background of their adventure looms a bloody war and immortal beings who are carrying out a terrifying plan. The story of the Elric brothers is filled with humor and action, but also with emotions and mysteries that draw the viewer in for hours.

The shuffling anime series Naruto has already become a cult classic, and for good reason. It is full of epic battles, fast-paced action, funny moments and dramatic scenes. The title character has a very long road ahead of him to become Hokage – the head of his village and the strongest of all ninja. And this is just one of the many themes that appear in the series – there are a lot of them!