New series “Lord of the Rings: the Rings of Power” – how are the first reviews? 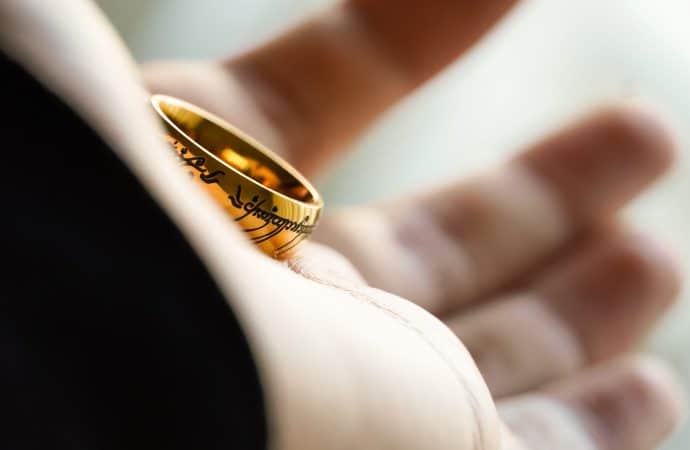 Work on the series was led by J.D Payne and Patrick McKay and the whole thing was financed by streaming giant Prime Video, which is owned by Amazon. The story is set in the Second Age of Middle-earth, which is thousands of years before the events of “The Hobbit” or the “Lord of the Rings” trilogy, as they are already known to viewers. In addition to Amazon Studios, Harper Collin and New Line Cinema worked on the project. The entire project was done in consultation with the Tolkien Estate. How was the series received by critics and viewers?

Audience reviews on Filmweb and IMDB

Looking at the opinions of reviewers, it is worth separating European and American audiences. The ratings of these two groups differ significantly. Just consider the ratings of the series on Filmweb.co.uk and IMDB, for the record owned by Amazon itself. In the former case the rating is 4.7/10 and in the latter 7/10.

Filmweb ratings – why so low?

One of the most popular comments in the review section is the publication of user “MarkoMistrz”. It has garnered more than 300 likes and rates Amazon’s work at 1 on a 10-point scale. What are the drawbacks of the series that users point out?

It is noted that many characters do not fit their roles and the creators do not stick to the chronology created by Tolkien. There are also characters who did not appear in the writer’s novels at all. These include, for example, the wanderers in the first episode, who have antlers on their backs that resemble wings.

IMDB ratings – why are they high?

The reason why IMDB ratings are 7/10 is that viewers did not set their sights on a series that would be a faithful representation of the source material. American viewers appreciate the work for its excellent special effects, interestingly developing plot, and the way the various characters are led. For example, Galadriel’s fight with the snow troll, or the way the elves are portrayed, as well as the romantic plots, receive good reviews.

Controversies surrounding the series – what are they caused by?

The different reactions about the series are probably due to the fact that in the comment sections, but also in ordinary social discussions, two groups have met.

The first is people who are familiar with Tolkien’s literary works and were set on a faithful representation of the world depicted in the books.

The second group, on the other hand, is made up of viewers who judge the series strictly in terms of the briskness of the action, special effects or the presentation of the world known mainly from the Hobbit or Lord of the Rings films in a new way.

It seems that the creators of recently aired series have again, colloquially speaking, gone for the easy way and perhaps deliberately create controversy. Tolkien’s books have no shortage of threads to develop, which are interesting in themselves.

An example is that there is no need to create controversy by creating elves with black skin color. After all, the books describe southern peoples living in the warmer parts of Middle-earth, such as the Near and Far Harad.

Cladding this with an interesting story, or even creating new characters whose existence would resonate with the specifics of Tolkien’s universe, would be an interesting refreshing of the history of Middle-earth and would not generate such heated discussion. The “Lord of the Rings” film trilogy emphatically demonstrated that the Tolkien world is interesting enough in itself that it does not need to be improved according to the prevailing fashion.