Hidden details of famous paintings. You’ll never look at them like before again! 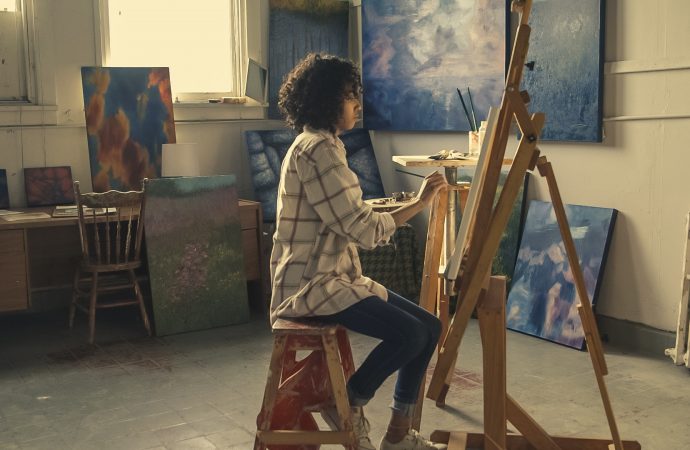 Is art boring? Not at all! Picture within a picture, encrypted messages and mysterious shapes – see what the greatest artists hide on their canvases.

Many works of art conceal a secret, a second bottom or a hidden message. Even those paintings, which seem well known to us, may surprise us.

Contemporary researchers and art enthusiasts do not cease in their search for the “tricks” hidden in the most recognizable canvases. Picture within a picture, mysterious symbols, faces of famous people, surprising details, encrypted messages – artists liked to play with viewers.

The whale that was not there

A seemingly ordinary landscape – boats, people on a sandy shore and a winterless sea. But during restoration work, a figure was discovered floating under a layer of varnish. X-ray examination revealed that in the original, people were watching the corpse of a whale tossed ashore by the waves, and the mysterious figure was standing on its back. It is likely that a later buyer of the painting decided that the dead giant was in poor taste and had it painted over.

God or the devil?

It would seem that there is nothing unusual about a painting depicting an old man in a fisherman’s coat and cap, but the artist placed a hidden message in it. The key to reading it is a mirror, which should be put to the painting. The reflected right side forms the figure of God, and the left side – Satan. In this way, the artist wanted to express that every man hides a good and evil nature inside him.

The double in “The Last Supper”

When the artist created the work, he paid special attention to two figures: Christ and Judas. He spent a very long time looking for models for them. Finally he managed to find a young singer who posed as Christ, but for another 3 years da Vinci could not find anyone for the role of the apostle. By chance, he came across a drunken man on the street and immediately saw the perfect Judas in him. He invited the stranger to an inn where he began to paint. When the model regained sobriety, he told the artist that he had already posed for him once as Christ. As a result, both figures have the same face.

One of the painter’s most famous paintings went down in art history under the name “Night Watch” because it seemed that the figures were appearing against a dark background and it was night in the painting. It was not until a restoration in 1947 that it turned out that the painting had been covered with a layer of soot over the years, which distorted its colors. After cleaning the work, it turned out that the scene depicted by Rembrandt actually takes place during the daytime – the position of the shadow of the captain’s left hand indicates approximately 2 pm.

In fact, the square in the painting is not black and square at all. None of the sides of the quadrilateral are parallel either to the opposite side or to the sides of the square picture frame. The dark color, on the other hand, is the result of mixing different colors, among which black was not present. Moreover, specialists from the Tretyakov Gallery discovered the author’s inscription on the canvas: “Negro fight in a dark cave”. This phrase refers to the title of a humorous painting by a French journalist “The Battle of the Negroes in a Cave Late at Night”, which was a completely black rectangle.

112 proverbs in one painting

Looking at the work of the Dutch painter, one can come to the conclusion that there is complete chaos and disorder. And perhaps rightly so. The artist has depicted a land populated by literal representations of more than 100 Dutch proverbs known at the time. To date, 112 idioms have been recognized, among them such as: “swim against the tide”, “bang your head against a wall” or “armed to the teeth”. Finding them all is an occupation for hours.