Alone over coffee. With a visit to a Viennese coffee shop! 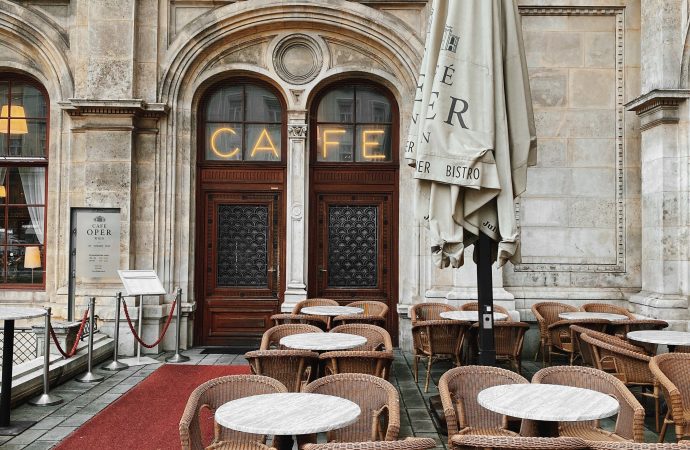 Being in Vienna and not having a coffee is a sin. Discover the history of unusual Viennese coffee houses.

Cafés in Vienna, one of the symbols of Austria, are not just dining establishments, but above all the embodiment of the idea of Gemütlichkeit. It is a combination of comfort, friendliness and a quiet affirmation of life.

In 2011, the Viennese coffeehouses were included by UNESCO on its list of Intangible Cultural Heritage of Austria. For Viennese, they are a kind of homey living room where you can chat and read the newspaper while sipping your favorite beverage from an elegant cup. For tourists, it is the best opportunity to feel the true spirit of the Austrian capital.

Legend has it that the first coffeehouse was established in 1683 when the Polish-Austrian-German army defended the capital besieged by the Ottoman army. In the enemy camp, 300 sacks of strange beans were found, which were thought to be camel food. However, a Polish nobleman, Jerzy Franciszek Kulczycki, who had lived in Turkey for several years, recognized the coffee and asked for the sacks as a trophy. He is credited with opening the first coffeehouse, although modern researchers believe the first establishment was opened by Armenian merchant Johannes Diodato.

The Austrians took a liking to the new beverage. It was served with crescent-shaped pastries, diluted with milk to soften the taste, or sweetened with honey. Coffee drinks at that time did not have special names, and visitors did not choose the type of coffee but its color on a special map with 25 shades.

The coffee houses quickly gained a special significance in the life of the Viennese. In the 18th century, Beethoven and Mozart concerts were held here, and in the 19th century, famous artists, writers, and scientists met in them. During this time, the most famous establishments opened in the capital – Silberkammer, Landtmann, Central and Sperl. After World War II, the café culture fell into disrepair, but today it is flourishing again.

Find out what is a performance and a happening!

Although Vienna also has modern cafés, it is the traditional ones that are most popular. We especially recommend these to you:

In any of the cafés, you will enjoy a delicious coffee accompanied by sweet pastries from the extensive assortment, a light breakfast or a traditional Viennese dish. You can enjoy the unusual atmosphere and browse the press for as long as you want, because the waiter will only bring the bill when you ask for it.