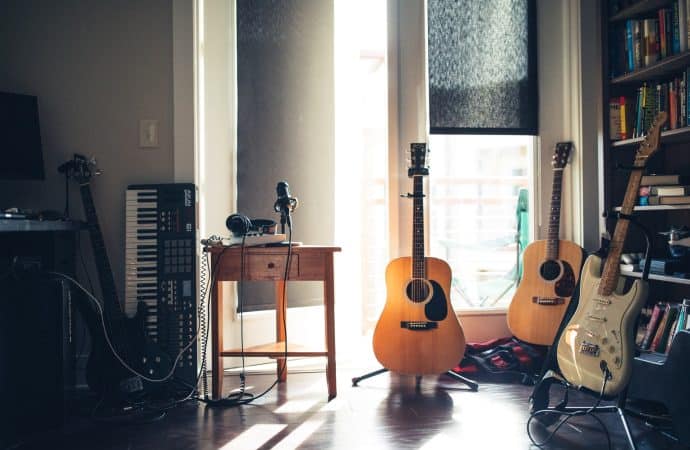 Plagiarism? In my song? It’s more likely than you think! Check out the most famous tracks with elements of plagiarism in music!

When listening to a song, have you ever felt like you’ve heard it somewhere before? It’s not surprising – there are only seven notes, and over a million songs have been written! Surprisingly, many musicians still manage to create something original, but some are not shy about borrowing something from other artists. Here are some of the most famous cases of musical plagiarism.

Nirvana – “Come as You Are”

Nirvana’s hit “Come as You Are” was released on the iconic “Nevermind” album and was written by Kurt Cobain. The group was hesitant to release the song for a long time due to the fact that it was very similar to the post-punk song “Eighties” by the band Killing Joke. Indeed, when the song came out, Killing Joke accused Nirvana of stealing the lead guitar rhythm. The case never went to court. Perhaps the reason the lawsuit was dismissed was that Killing Joke themselves were not without flaws – their “Eighties” is a plagiarism of “Life Goes On” by the band The Damned.

“Whole Lotta Love” for many years became a trademark of Led Zeppelin. The guitar riff, played in unison by Jimmy Page and John Paul Jones, was considered the main asset of the composition. In fact, the story of this song goes back much earlier. In 1962, Muddy Waters recorded the song “You Need Love,” which was written for him by his peer Willie Dixon – Robert Planta’s idol. Not surprisingly, parts of the lyrics from “You Need Love” were borrowed for the song “Whole Lotta Love”. And in fact, it wasn’t the last time Led Zeppelin was caught plagiarizing.

The release of “Stairway to Heaven” for Jimmy Page and Robert Planta ended up in court. A few years earlier, Led Zeppelin had performed in support of the band Spirit and most likely then had the song “Taurus” from which they stole the idea. Although in the spring of 2016 Led Zeppelin was found not guilty of copyright infringement, the sensitive ear of a true music lover immediately recognizes the undeniable similarity between the songs.

“Viva la Vida” is the famous single of the rock band Coldplay, which is famous not only for its energetic sound. In 2008, famous guitarist Joe Satriani sued Coldplay for copyright infringement. The artist claimed that the melody of “Viva la Vida” was stolen from “If I Could Fly” released a few years earlier. Initially, Joe was determined to sue Coldplay for a significant portion of the proceeds from the sale of “Viva La Vida Or Death And All His Friends,” but the case was soon settled. The musicians reportedly managed to peacefully resolve the conflict.

The melodious “Blurred Lines” was released in March 2013, and a few years later a scandal erupted around the hit due to accusations of plagiarism. As a result, a court in the United States (as well as experts) ruled that some instrumental parts in “Blurred Lines” almost completely repeat parts from the late Marvin Gaye’s “Got To Give It Up.” As a result, the musician’s family was awarded $7.3 million in damages.

Plagiarism scandals have not spared the queen of pop music. In 1998, Madonna was accused that her hit “Frozen plagiarized the work of Belgian composer Salvatore Acquaviva “Ma vie tout le camp”. The case went to court, which ruled that “Frozen” could no longer be broadcast throughout Belgium. A ban was also imposed on the sale of the single.