The most beautiful subway stations in the world 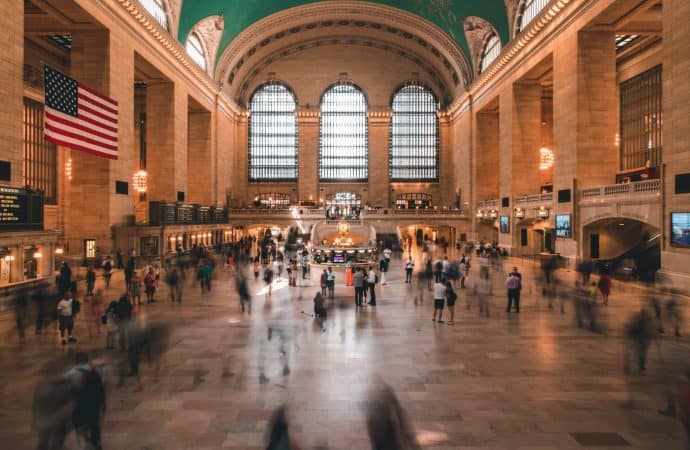 In different countries, the subway evokes different feelings and associations among people. Most leave unpleasant impressions of garbage, noise, dirt, but there are metro stations that attract tourists from all over the world with their architectural and artistic design. Toledo metro station, Naples, Italy The Naples metro has created a series of art stations featuring

In different countries, the subway evokes different feelings and associations among people. Most leave unpleasant impressions of garbage, noise, dirt, but there are metro stations that attract tourists from all over the world with their architectural and artistic design.

The Naples metro has created a series of art stations featuring more than 180 artworks by 90 artists. Of particular note is the Toledo station, built in 2012, which has water as its theme. People on the platform have the impression of being in a snow cave, thanks to the fact that the design was done in white and blue, and the mosaic combined with light imitates water. The station boasts the title of the deepest station in the world – it is located at a depth of 50 meters.

Sweden is home to the world’s most beautiful subway, dubbed “the longest art gallery” due to the design of the stations located in the center. One of the most beautiful is Radhuset Station on the blue line. It was made in the style of organic architecture, which combines man-made art with untouched natural elements. The builders preserved most of the rock through which the branch passes. The monotonous landscape of the cave is decorated with column pedestals partially absorbed by the natural material.

The Arts et Métiers station, which means ‘arts and crafts’ in French, was built in Paris in 1904. In 1994, a remodeling took place, making the station one of the most beautiful in the world. The steampunk design by Belgian artist François Schuiten was dedicated to the works of Jules Verne. Visitors feel as if they are in a submarine here thanks to the copper cladding and circular windows on the walls and the giant gears under the ceiling.

Formosa Boulevard began operation in 2008. The building is a unique design consisting of a three-level center. The station has 11 exits. The most interesting area is Formosa Boulevard, where the Dome of Light, an installation created by Italian artist Narcisse Quagliata using 4,500 individual stained glass windows, is located. The colorful dome is the largest installation of its kind and guides viewers along a circular path that symbolizes human life.

The Olaias station began operating in 1998. The Portuguese capital was preparing for a major exhibition, so there was a need to provide transportation for more than 11 million people. The result was one of the most stunning metro stations in Europe. Olaias was made in a futuristic style. Thomas Taveir was responsible for the overall design, and artists worked on the individual installations: Rui Sanchez, Pedro Reis and Pedro Calapez. They created an amazing stained-glass installation that, combined with colorful tiles and a variety of geometric shapes, evokes joy and positive emotions.

The neo-Romanesque station, opened in 1904, is a high-quality mini-retail of Grand Central Terminal – a rounded platform, high arches of colored glass tiles, brass lamps, wrought iron chandeliers, skylights, polychrome tiles, stained glass windows. Beauty and originality, unfortunately, proved to be of little practical use – the station, built on a curve, could only accommodate five carriages, which proved inefficient as passenger traffic increased. Thus, in 1945 City Hall was closed.